Arranged marriage: reality or thing of the past?

If you were told that some individuals marry due to the will of their families or parents, you would not believe it probably. It might sound weird and quite unbelievable but some marriages are still organized nowadays. What is arranged marriage in general?

It is a union of two people initiated by their parents or someone else in their families. While it sounds totally wild for you, such marriages are quite traditional in some countries of the world even nowadays.

Of course, you should say that you would never marry a woman without having feelings for that person. However, don’t hurry up to make your conclusions and find out whether such families can be beneficial first.

Would you let your parents pick a bride for you?

When choosing our partners, we all seek the approval of our parents. No matter whether you pick your bride yourself or follow the will of your family, you want them to accept her well. Even when people say that they do not care about what their relatives think, their disapproval often becomes the reason for a break up.

We all want to find someone our parents will like and love like their own children. If your relatives are constantly not happy with your choice, this dissatisfaction affects your relationship all the time. Sooner or later, you must choose between your family and your partner.

In arranged marriages versus love marriages, parents are always happy with your choice because they pick a bride for you. Although your family is happy with everything, you might be not. Some individuals have no choice though. They live in those countries where such weddings are a tradition.

The advantages of arranged marriages

Now that you know what an organized marriage is, you probably wonder whether it may have any advantages. To your biggest surprise yes, there are both pros and cons of arranged marriages. Everything has its benefits and drawbacks, and this type of marriage isn’t an exception.

If you are one of those guys who would never marry following their parents’ will, read about the following advantages of organized marriages, and who knows, you may change your mind quite soon. At least, you can stop judging those people who marry this way, and maybe, you will even understand them.

By the way, the divorce rate in such marriages in India is just 1%. This is an extremely low number, which means that the unions initiated by parents are quite strong. How can it be if people who hardly know each other must live together? Find out the reasons below.

Arranged marriages are based on mutual respect

Unlike love marriages where you burst into passion at once and fall in love at first sight, arranged marriages cannot be based on love or passion. They have other reasons at the core,  and one of them is respect. The truth is your parents pick the most suitable partner for you, the one that comes from a good family.

Those people are raised in the atmosphere of very strong family values and traditions. Respecting their spouses is one of the most important things they learn from early childhood. Therefore, a relationship based on mutual respect is much stronger because passion fades away and it seems you have never loved each other.

Lots of marriages break up because passion is over. Many people take passion for love but it’s not right because love lasts forever while passion is quite short-term. However, strong respect for each other can steadily grow into mutual love. When people have a good attitude towards each other and treat one another with respect, love is almost inevitable.

However, when there is no respect, love won’t survive. This is the main secret of arranged marriages. They only grow stronger with years, their respect grows and their love is developing. Yes, lots of arranged couples confess that they had no romantic feelings for their spouses in the beginning but they managed to develop them with time.

Another benefit of an arranged marriage is that as a rule, it is concluded between equal families. For example, those who are rich never marry someone from a poor family. Vice versa, if your family isn’t wealthy, they pick a partner that would suit you most of all to improve your financial situation.

In such unions, people usually don’t have financial issues like many modern couples do. Their future is being decided by their families and everything is well-thought from the very beginning. You cannot say such couples are very rich, but their financial situation is quite stable and they are not forced to struggle with various issues.

When you hear this word combination, you imagine a couple where a bride is forced to marry someone she doesn’t know and can meet her groom only on the day of their wedding. It could happen many years ago but not today.

Modern arranged couples know each other quite well. They are not forced to marry someone unknown. As a rule, their families communicate a lot and agree about the wedding at an early stage. Both a girl and a boy know each other well and even date before getting married.

Moreover, nowadays, people are rarely forced to marry if they don’t want to. In most cases, they have a choice and if they don’t have any feelings towards their date picked by their parents, they can easily break up and reject their marriage. Only the strictest Muslim families still can insist on the marriage of their children. However, the percentage of such marriages is very low. In most cases, both brides and grooms rely on their families and are happy with their choice.

The disadvantages of arranged marriages

Of course, such families have not only benefits but also some drawbacks. It’s natural that when you marry someone you don’t really want to, you believe that you will never be happy. If you depend on the opinion of your family a lot, then going against their will wouldn’t be good. An arranged marriage is one of the best options in that case.

However, the only disadvantage of the marriage arranged by your parents is that you don’t love the person you are going to share your life with. Of course, it doesn’t always happen. Some people manage to date and fall in love before getting married. Most of them develop feelings with time though.

Those 4% who divorce in the whole world, never manage to love each other and aren’t satisfied with their family lives. This number isn’t high and it only proves that true and mutual feelings can be developed with time if a person has a good attitude towards you.

For modern people, such unions don’t seem to be an option because they used to pick their partners themselves following their feelings, heart, and soul. Yet, since many are quite happy with their agreed marriages, they deserve their right to exist still. Choose your way and become happy! 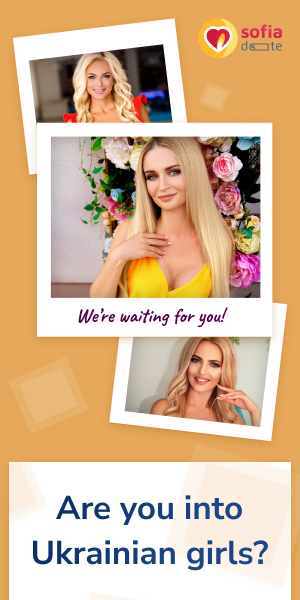